You are viewing the public version of Crohnology. You can see this and much more data as a full member. Sign up
Treatments > Medications > Asacol 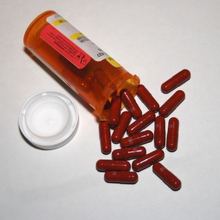 Mesalazine also known as mesalamine or 5-aminosalicylic acid is an anti-inflammatory drug used to treat inflammatory bowel disease, such as ulcerative colitis and mild-to-moderate Crohn's disease. Mesalazine is not only used to help in active cases but also can be used to assist in maintaining remission. This drug is a bowel-specific aminosalicylate drug that acts locally in the gut and has its predominant actions there, thereby having few systemic side effects. Asacol is mesalazine formulated as a tablet for oral consumption.

Information from Drugs.com and Wikipedia

Next medication people use after Asacol

Current Users' Health Compared to people not currently on Asacol