You are viewing the public version of Crohnology. You can see this and much more data as a full member. Sign up
Treatments > Diets > No Beer 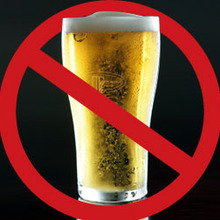 Beer is the world's most widely consumed alcoholic beverage; it is the third-most popular drink overall, after water and tea. It is thought by some to be the oldest fermented beverage. Beer is produced by the saccharification of starch and fermentation of the resulting sugar.

Information from WebMD and Wikipedia

Current Users' Health Compared to people not currently on No Beer